The Oxford Thermofluids Institute (known throughout the world as the Osney Lab) began life in the 1960s, researching hypersonic flow under the leadership of Professor Douglas Holder and, later, Professor Don Schultz. Early work focused on the conditions faced by spacecraft and satellites re-entering the Earth’s atmosphere. To study the special conditions that arise during re-entry, the group developed short duration shock tubes and piston tunnels to re-create re-entry conditions. 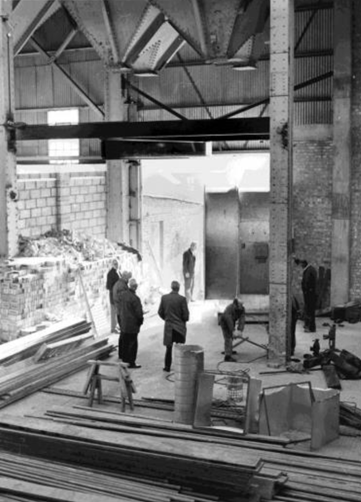 This early work in hypersonic flow led to the development of world-leading instrumentation and transient measurement capability encapsulated in the AGARDOgraph “Heat Transfer Measurements in Short Duration Hypersonic Facilities,” (1973) by Don Schultz and Terry Jones. Building on this foundation in shock tunnels, the group partnered with Rolls-Royce plc and applied our growing expertise to heat transfer and aerodynamic problems encountered in gas turbines. In 1989, a Rolls-Royce supported University Technology Centre (UTC) in Heat Transfer and Aerodynamics was established.

The group successfully worked with the support of Rolls-Royce to focus on the further extension of measurement techniques and testing methods, developing a range of experimental facilities. Key advances that are now routinely used include Thin Film Heat Transfer Gauges, and Liquid Crystal thermography for detailed heat transfer measurements together with surface cooling systems.

Interestingly, this research has now turned full circle with methods developed at the OTI now being applied to hypersonic propulsion. In the Hyshot programme (supported by QinetiQ [formerly DERA], UK; NASA, USA; and the Universities of Queensland, Gottingen, and Oxford) a Terrior-Orion, two stage, rocket was launched to ~350 km altitude to conduct Scramjet tests as it re-entered the earth’s atmosphere between 30 and 20 km altitude. 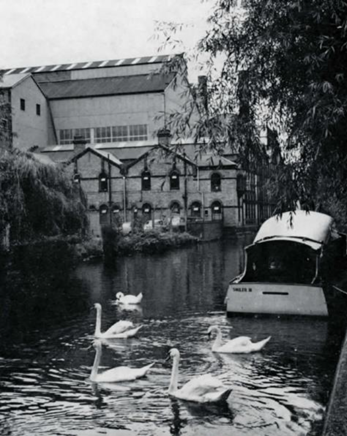 The research group was originally housed in the former Oxford Power Station (pictured left in 1971) – located in Osney, to the West of the City. In 2010 the group moved into a new laboratory in the Southwell Building. The relocation was supported by Rolls-Royce, the University and the regional development agency as part of Oxford University’s strategic investment in the UK’s science base. The OTI now houses the UK’s most sophisticated high-speed turbine and high-speed flow facilities in the UK. The research performed in these facilities is combined with that from many others in the OTI to support the development of engineering solutions at a both low and high technology readiness level. The technology developed in this way has had a broad impact on the UK aerospace sector through deployment in UK aero-engines (recently including the Trent XWB and Trent 1000 engines).