The group has three world-class, high-speed wind tunnels, capable of producing flow from supersonic to hypersonic and all the way to hypervelocity:

The facilities are part of the National Wind Tunnel Facility. This offers a minimum of 25% access of the tunnels and instrumentation to outside parties (academic or commercial). 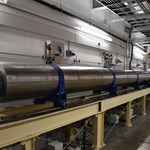 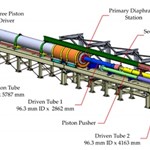 The T6 Stalker Tunnel (T6) is Europe’s highest speed wind tunnel, capable of producing flows in excess of 20 km/s. It is a multi-mode facility, capable of operation either as reflected shock tunnel, an expansion tunnel or a shock tube. The facility is driven by the T3 free piston driver, designed by the late Prof. Ray Stalker, being one of the most powerful created in the world. The facility was developed by the University of Oxford (McGilvray and Doherty) in collaboration with the University of Queensland (Morgan and Gildfind). 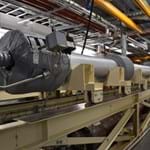 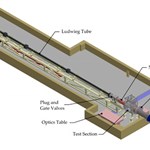 The High Density Tunnel (HDT) is a reconfigured and upgraded facility from the original RAE shock tube, acquired by the University of Oxford in 2012. It operates either as a Ludwieg tunnel or a Light Piston Compression Heating facility, producing cold hypersonic flow conditions with test times long enough to investigate unsteady flow effects. 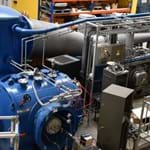 The Low Density Tunnel (LDT) is rarefied flow facility, with the ability to produce flows with high Knudsen numbers representative of those experienced in the slip regime.

The facility is continuous and is capable of measuring aerodynamic coefficients by use of a magnetic suspension balance.